08A Spectrum of the Moon

Celestial objects with exposed solid surfaces such as Mercury and the Moon were for many years thought to have no atmosphere. Their spectra were almost featureless with wide absorption lines that are characteristic of minerals. Since the spectra were thought to be dull, researchers paid them no attention for a long time.

However, a big wake-up call arrived in 1985 when a thin atmosphere containing sodium was discovered as emission lines by ground-based observations. Researchers expected this sodium to have been released, for a number of reasons. The atoms are retained by gravity, but they are ionized by the strong UV light from the Sun and continuously lost. To be maintained, the atoms have to be replenished.

It is natural to think that the Moon should have an atmosphere if Mercury has one. In 1988, the lunar sodium atmosphere was finally discovered, and then the potassium atmosphere.

We believe that such atoms are replenished by the same mechanism as on Mercury. However, we have not fully understood the supply mechanism. One possible mechanism is that interplanetary dust hitting the solid surface of the Moon induces the release. In fact, it was reported that the quantity of lunar sodium release increased during the Leonids. Spattering by the solar wind and/or dissociation from the surface materials by photons are other possibilities.

Studying the atmosphere of the Moon and Mercury can be very difficult because the background is bright. In addition, analysis of emission lines of sodium and/or potassium is also difficult, because they are buried in the solar Fraunhofer absorption lines. Although astronomers are forced to struggle in Japan due to poor seeing conditions, a research team at Tohoku University has been able to steadily achieve satisfactory results.

Image 2:Spectrum (radiation strength versus wavelength) of the moon taken with the 65cm Solar Telescope at Okayama Astrphysical Observatory in December 1996. The arrows indicate weak emission lines of the sodium atmosphere.

Column：“Discovery of the Thin Lunar Atmosphere”

The density of the lunar sodium atmosphere is about 100 atoms per one cubic centimeter. This can be described as a vacuum. The potassium atmosphere's density is even lower, from one-third to one-sixth. Because this abundance ratio is similar to that of the lunar regolith (*), the origin of the elements should be the Moon itself.

Such thin atmospheric components are hard to detect. Even if we were able to observe from the lunar ground surface, the components would be difficult to study. The best way to detect such thin components is to observe the edge of the Moon. We can effectively obtain relatively large column density due to longer line of sight of the lunar atmosphere. This is the advantage of observations from the Earth's surface. High luminescence efficiency was lucky in terms of discovery of the atmosphere.

(*) Regolith: Loose and heterogeneous sedimentary layer covering solid rock. In Planetary Science, regolith means sedimentary layer distributed on the Moon, rocky planets, and small solar objects. The origin of the regolith is thought to be the fragments of meteoroids that have collided on the surface and/or surface rocks broken by cosmic charged particles. 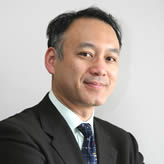