00Message from the Editor

“Universe of Spectroscopy” is serial stories in our printed official organ, the NAOJ News. Spectra seem to be maniac compared with familiar astronomical pictures, but we wish that readers look in the beauty of spectra and know how useful they are. In fact, most of information to understand celestial objects is derived form spectroscopic observations. Astronomical observations give us beautiful images of the universe, but they are only one side of Astronomy. Researchers are keen to uncover mysteries of the universe, and the spectrum from their target object gives them essential clues to understand the physical and chemical states of the object. Spectral data is a mountain of treasures for astronomers!

Why “Universe of Spectroscopy” ?

One day two years ago at the editorial meeting, we were discussing about the next serial stories in the NAOJ News. What’s next, next to serial stories “NAOJ Telescope Directory” (the last serial stories but one) and “NAOJ Instrument Directory” (the last serial stories)? One of staff uttered, “I want to show beautiful pictures”. Others doubted, “We’ve already shown lots of beautiful pictures. No more of those same old stories and photographs”. Another said, “How about spectra? The spectra themselves have hardly appeared in the NAOJ News or press releases, although results derived from spectroscopic observations often appear in public releases”. All the editors agreed with his idea and we checked the images of spectra. We found they were really beautiful (See Image 1 in Episode 02 for example) and impressive. In addition, the spectra contain much information that is essential to understand the Sun, planets, comets, stars, nebulae, interstellar matters, galaxies, and the universe!

Spectroscopic data itself hardly appear show up in newspapers and quite often considered as too difficult and complicated to understand. We wish to introduce how wonderful the “universe of spectroscopy” is and how important to obtain and analyze the spectra in the context of astrophysics. Then, we have started the serial stories titled “Universe of Spectroscopy”. 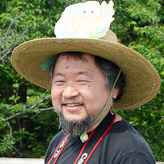