Galaxy clusters were first discovered as assemblies of galaxies, but x-ray observations since then have shown that galaxies do not play the most important role in galaxy clusters. X-ray observations require detectors located in outer space, above the absorption effects of the atmosphere. And when galaxy clusters where first observed via x-rays using space satellites, it was discovered that there is high temperature gas at tens of millions of degrees, which can be observed only by x-rays as shown in Figure 1. The high temperature gas extends through what had appeared to be empty space between the galaxies. The mass of this gas exceeds several times the aggregate mass of the galaxies. Furthermore, because the high temperature gas is confined to the galaxy cluster, we know that there must be many times more mass than what can be seen. This unseen mass is dark matter.

Figure 2 is the x-ray spectrum of the core of the Perseus Cluster. From the spectrum, we can calculate the temperature, density, and heavily element ratios for the high temperature gas. For example, the spectral lines contained in the spectrum are emitted by heavy elements. We came to understand that the hot, high-speed gas rushing out of galaxies includes silicon and iron. Recently, “Suzaku” observations have found rare earth metals including chromium and manganese. From this information, we can deduce things like the number of supernovae which have occurred in the galaxy cluster. Actually we’ve learned that the heavy element ratios are higher in the galaxy cluster’s hot gas than within the member galaxies. It is thought that heavy elements are produced by the super nova explosions of stars within the galaxies, but the mechanism through which the gas departs the galaxy into the intergalactic space is still unknown.

Moreover, “Suzaku” was the first satellite with the sensitivity necessary to observe the dim emissions at the edge of a galaxy cluster (known as the virial radius, shown by the dotted line in Figure 1.) The outskirts of many galaxy clusters have been observed. There are strong indications of nonuniformities and nonequilibrium states at the edges of galaxy clusters. This is thought to be the effect of gas approaching from outside the galaxy cluster. Galaxy clusters are the largest gravitationally bound structures in the Universe. Their growth is influenced by not just the gas, but also by the distribution of dark matter and the amount of dark energy. The realization that galaxy clusters are continuing to grow is important for understanding the structural evolution of the Universe. We look forward to pursuing the structure and evolution of the Universe through continued high accuracy x-ray observations in the future.

The spectral efficiency (energy/energy resolution) of x-ray CCD’s like XIS is about 50. Compared to other wavelengths, this is extremely low and we look forward to dramatic improvements. SXS loaded on Japan’s next generation x-ray astronomy satellite is intended to realize that goal. SXS works at the cryogenic temperature of absolute temperature 50 millidegrees (minus 273.1 degrees Celsius.) Through accurate measurements of the heating produced by the absorption of x-rays, it will attain a spectral efficiency of 1000. A simulated SXS observation of the Perseus Cluster is shown in Figure 3. The differences are obvious at a glance. With this spectral efficiency it will be possible to detect speeds on the order of 100 km per second through the Doppler Effect. We will be able to acquire new information, such as the turbulence conditions of the galaxy cluster gas and the presence or absence of contact with other galaxy clusters. But it is not easy to realize observations of the Universe at this low temperature. Even though a similar detector is loaded on “Suzaku”, the cryogenics system failed before science observations were carried out. In order to avoid this kind of failure and attain the precision x-ray spectroscopy which the world awaits, we will continue development. 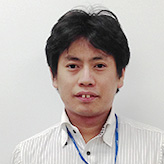