At the end of massive stars' lifetime, gigantic explosions called supernova explosions occur. A blast of a few thousand kilometers per second creates plasma at a few million degrees Celsius and signals the end of a world. The debris contains heavy elements synthesized by nuclear reactions inside the star. These elements, in turn, become ingredients for the next generation of stars, planets, and any eventual life that develops thereon.

The "life and death of a star" is one theme of research for Japan's Suzaku orbiting X-ray observatory (Image 1). Because supernova debris is at high temperature, it shines more brightly in the X-ray range than in the optical range. In addition, the debris is highly ionized and radiates "characteristic X-rays," which give us an understanding of the scattering of heavy elements in the explosion.

Compared to previous X-ray astronomical satellites, Suzaku's background noise is lower and its calibration is more accurate, ensuring higher-quality measurements of heavy-element phenomena and the discovery of rarer metals.

Image 2 shows a modern image of "Tycho's Nova" (explosion observed by Tycho Brahe). Today, over 400 years after the event, it is still expanding like a soap bubble.

In the X-ray spectrum emitted by Tycho's Nova, Suzaku has detected characteristic X-rays from chromium and manganese-elements that have been attracting attention in recent years as "rare metals". Figure 1 shows several emission lines of rare metals identified in the supernova debris. The identification has more significant than the simple discovery. We can learn stellar nucleosynthesis and the scattering of stellar debris into outer space from these observations.

The X-ray imaging spectrometer (XIS) aboard Suzaku contains a detector that is almost equivalent to a CCD such as that used in visible-light telescopes (e.g., Subaru). However, compared with visible photons, X-rays photons carry much more energy and fewer of them survive the trip from the celestial body to the spectrometer. Therefore, the detection strategy is to measure the arrival time, energy, and position of each incoming photon. Such an imaging spectrometer has since become a standard device in X-ray astronomy. 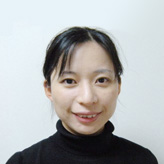