Hydrogen is the main component of the gas floating between the stars. In areas where strong stellar light does not penetrate, hydrogen atoms bind together to form hydrogen molecules. These so-called 'molecular clouds', roughly minus 260 degrees Celsius in temperature, also contain trace quantities of other molecules. For example, the amount of carbon monoxide in such clouds is roughly one ten-thousandth the amount of hydrogen. Because of the difference in electronegativity between its carbon and oxygen atoms, carbon monoxide emits easily detected electromagnetic radiation; and for this reason, it is frequently the subject of studies involving radio-wave observation.

There are other familiar molecules in interstellar gas in very small quantities, such as water vapor, ammonia, formaldehyde, and methanol. In total, roughly 160 kinds of molecules have been detected in space; including ionized molecules and carbon chain molecules, consisting of many carbon atoms linked together. Of these 160, about 10 were first detected by the 45-m Radio Telescope at the Nobeyama Radio Observatory.

However, there remain many unidentified molecular emission lines; that is, lines that have been detected but whose molecular origins have yet to be identified. In general, a given emission line and its corresponding molecule are identified by comparing to the radio-waves emitted by the molecule in a laboratory setting; however, such radio-wave measurements are difficult if the respective molecules are difficult to produce in the laboratory.

The density of molecular clouds is roughly 100,000 molecules per 1 cubic centimeter, several tens of trillions of times less dense than the Earth's atmosphere. Molecules are able to exist for a long period of time in such molecular clouds, whereas they are easily crushed into other molecules and destroyed in the atmosphere. On the other hand, chemical reactions occur more frequently in molecular clouds, because things such as electromagnetic radiation from nearby stars and interstellar dust act as catalytic agents for such reactions. Laboratory trials and theoretical-model calculations, which are cumulative in nature, are primarily done by chemists; however, cooperation between astronomers and chemists is essential for the exploration of the conditions of interstellar matter through the study of molecular emission lines.

ALMA (Atacama Large Millimeter/submillimeter Array), which commenced scientific observation on September 30, 2011, has from several tens of times to a hundred times more sensitivity and resolution than previous radio telescopes. It is anticipated that ALMA will make significant contributions to the field of interstellar chemistry. Specifically, with its improved sensitivity, the telescope is expected to detect hitherto undetected weak molecular emission lines.

The spectroscopy data obtained in a trial observation involving ALMA (Image 2) showed molecular emission lines standing close together. ALMA's high resolution is expected to provide more details than ever concerning the nature and distribution of molecules in astronomical bodies under observation. 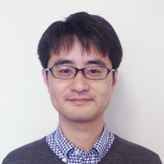