SDF (Subaru Deep Field) is one of the deepest areas of the Universe observed by the Subaru Telescope. Many distant galaxies have been discovered in this area thus far. The spectra shown here are from galaxies located approximately 12.8 billion light-years away from the Earth with redshifts of 6.5. The sections that can be seen rising up like mountains on the spectra are spectral lines from the hydrogen in those galaxies. These hydrogen spectral lines are a distinguishing feature of newborn galaxies. You may notice that the shape of the spectral lines vary somewhat amongst the galaxies, with each having its own individual characteristics. By using wide field imaging capabilities, a specialty of the Subaru Telescope, we can find many galaxies at similar distances to identify the general characteristics and its variations of distant galaxies. Up to now, 45 galaxies at this distance have had their spectra observed. Here we show some examples. When you consider that prior to the construction of the Subaru Telescope not even one galaxy had been found at this distance, you can understand how much the Subaru Telescope has contributed to the exploration of distant galaxies and the early Universe. From observations like these, we can learn the characteristics of newborn galaxies and, furthermore, the ionization level of the early Universe. The Subaru Telescope plans to move forward strongly with this kind of systematic research through the use of Hyper Suprime-Cam (HSC) which has just started observation.

“When Newton split a simple white light into seven different colors using a prism, the foundation of modern science was born. However, romantic poets such as John Keats who lived in the same era made accusations against Newton saying he…. ‘had destroyed all the poetry of the rainbow by reducing it to the prismatic colours’… Newton’s unweaving the rainbow led on to spectroscopy, which has proved the key to much of what we know today about the cosmos. And the heart of any poet worthy of the title Romantic could not fail to leap up if he beheld the Universe of Einstein, Hubble and Hawking.” (From the Japanese translation & commentary of Richard Dawkings’s ‘Unweaving the Rainbow’ by Shinichi Fukuoka). 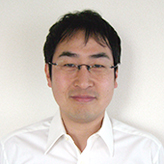