A brown dwarf is a substellar object with a mass ≤ 8% that of Sun, which is approximately 80 times the mass of Jupiter. Similar to a star, it is formed from gas and dust. A brown dwarf is an object formed when both increase in the central temperature and gravitational contraction stop before the central temperature reaches the temperature of hydrogen combustion (Note 1), and the objects continue to cool from that point onward. The radius of a brown dwarf does not significantly depend on mass. All objects with a mass 80 times that of Jupiter have a radius nearly the same as that of Jupiter.

It has previously been determined that a brown dwarf is distinguished from a low-temperature star by its surface temperature of 1800 K or less. However, its spectra have not been predictable. Since the 1960s, a lots of candidates for brown dwarfs have been discovered and forgotten.

We used a coronagraph with a wavelength of 0.8 microns to investigate near-Earth objects through objects that were four magnitudes dimmer than main-sequence stars. In 1995, a dim companion star was located 7 arcseconds (40 astronomical units) from red dwarf star Gliese 229, which was located 18 light years from the Sun. In a follow-up observation, one of the observers, K. Matthews, saw the two-dimensional near-infrared spectrum and exclaimed "this is Jupiter!" because the spectrum of this object consisted of absorption bands of water vapor and methane and its reflection spectrum was more similar to methane-based Jupiter than to a star.

In the past, Professor Takashi Tsuji of the University of Tokyo predicted that methane appears in objects with surface temperatures of 1000 K or less. Gliese 229B was confirmed as the first object with a surface temperature of 1000 K or less to be found outside of our solar system. Gliese 229B was also the first object of the new spectral category of T dwarfs (the letter "T" refers to Tsuji).

Column： “T-type dwarfs and others”

In the search for brown dwarfs, wide-range surveying of individual objects is generally employed rather than searching for companion stars. A wide-area deep survey by the United Kingdom Infrared Telescope (UKIRT), following the 2 Micron All-Sky Survey (2MASS) and Sloan Digital Sky Survey (SDSS), has succeeded in detecting T dwarfs of even lower temperatures. Classifying T-dwarves of its surface temperature down to 600K is possible with near-infrared observations. For classification of objects of even lower temperatures, a 5-micron band mid-infrared observation is necessary.

The brown dwarf with the lowest temperature currently known has a ratio of near-infrared flux to mid-infrared flux of 3:7 based on observations by the Spitzer Space Telescope.

Gravitational contraction stops because at the center of the object, electrons degenerate after they are freed from hydrogen atoms owing to pressure ionization, and gravity is then balanced by the degeneracy pressure of the electrons. Because of this, temperature also ceases to rise and the nuclear fusion reaction of hydrogen or hydrogen combustion necessary for an object to shine as a star does not occur. 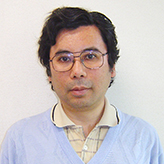