In cities with very little light, the western sky after sunset or the eastern sky before sunrise at times displays a luminous tract extending softly from the horizon known as zodiacal light. This glow is created by the scattering of sunlight by dust from debris disks produced by comets and asteroids in the Solar System. Stars other than the Sun exhibit debris disks; therefore, they also produce zodiacal light.

The dust in a debris disk is believed to be composed of scattered fragments from the collision of planetoids during the process of planet formation. Because of thermal radiation, dust that is heated around a star shines brightly from the center with infrared rays.

Furthermore, the infrared spectra emitted from debris disk dust exhibit an uneven pattern characteristic of mineral dust, which provides useful clues for determining the types of planet-forming materials. Recent spectroscopic observations of the Infrared Spectrograph (IRS) of the Spitzer Space Telescope have revealed that the composition of debris disk dust is largely varied. For example, the debris disk HD165014, detected by AKARI, contains crystalline pyroxene dust in substantially higher abundance than that observed in other astronomical systems. In addition, some systems have been found to be rich in silicon dioxide dust.

In the future, mineral measurements in the laboratory and comparative observations of astronomical objects in the Solar System will enable studies to progress. Through this research, we will be closer to discovering the process by which diverse types of dust are produced and to learn the qualities of materials that form planets. The word "debris" may conjure images of trash. However, debris disks are very interesting astronomical objects observed in examining the mystery of the birth of planets.

The debris disk around HD165014 is famous for high dust emission light ratio, that was found to be at least 1000 times greater than that in the Solar System in 2010. This density rivals that of the most famous debris disk, Beta Pictoris of the Pictor Constellation. Such an astronomical object of this degree was previously undiscovered because HD165014 is located toward the center of the Galaxy, where its countless astronomical objects hampered to observe the debris disk.

The All-Sky Survey of AKARI, that is higher in precision than IRAS and a high-resolution confirmation observation by the Subaru Telescope were instrumental in the eventual discovery of HD165014. The planetesimal belt in HD165014 is dynamically unstable, so it is possible that collisions are occurring at a fierce rate. 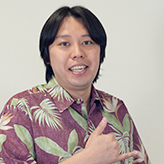