21Exploring the Early Cosmos through the largest Explosions in the Universe

A gamma-ray burst is a phenomenon in which gamma rays or X-rays arrive during a short period of time (typically varies from a few seconds up to dozens of seconds) without notice from a certain direction in the Universe. The phenomenon itself was discovered at the end of the 1960s, but over the course of the next 30 years, it remained unclear whether the phenomenon happens inside or outside of the Galaxy. In 1997, "afterglow" which lasts a few days after a gamma-ray burst, was found in both X-rays and visible light. Through spectroscopic observations of the visible light "afterglow", the redshift was identified, thus the phenomenon was found to be the largest extragalactic explosions in the Universe.

Spectroscopic observations of the afterglow of the gamma-ray burst GRB 050904 which occurred on September 4, 2005 (UT) was a glorious achievement made possible by the Subaru Telescope which has opened new horizons for observing the distant Universe. The afterglow of GRB 050904 is shown as merely a point on the image, and has no features of note. However, its spectrum is engraved with valuable information from the distant Universe (Figure 2 below). The absorption lines of sulfur, silicon, oxygen and carbon were observed at the same redshift of 6.295 and the column density of these heavy elements was measured. Similarly, the column density of hydrogen could be measured, and then the metallicity was calculated from the ratio of the column densities of the heavy elements to that of hydrogen. It was found that the metallicity of the gas in the interstellar medium where the gamma-ray burst occurred is approximately 10% that of the Sun. Furthermore, the most important finding in the observation was that the neutrality of the Universe at redshift 6.3 (where the gamma-ray burst had occurred) was observationally obtained. Previously, other astronomers had attempted to measure the neutrality of the early universe using the spectrum of a quasar with a redshift greater than 6, yet had only been able to determine a loose lower limit of somewhere above 0.1%. Since the line profiles of both the Lyman α and Lyman β absorption lines of hydrogen were obtained in the spectroscopic observations of GRB 050904 afterglow, the upper limit of the neutrality was determined as 0.17 (Figure 3, left of center). It was found that the Universe at redshift 6.3 was already nearly ionized.

Over the next five years, gamma-ray bursts at higher redshifts (redshift 6.7 in 2009, and 8.2 in 2010) were observed, however quantitative results that go beyond the spectroscopic observation of the GRB 050904 afterglow have not been obtained. We strongly hope, by all means, to achieve high-precision spectroscopic observations with the Subaru Telescope for gamma-ray bursts with redshifts greater than 7.

Several fortuitous factors helped us achieve successful spectroscopic observations of the GRB 050904 afterglow: even compared to other gamma-ray bursts, this was a bright one; astronomers using the W.M. Keck Observatory gave up spectroscopic observation as a result of a misunderstanding and we continued the observation, also as a result of a misunderstanding; the weather was also favorable; etc. However, I would say that, above all, the observation was successful thanks to the strong determination of the research team leader (Prof. Nobuyuki Kawai of Tokyo Institute of Technology) and the observatory’s excellent location, staff, telescope and observational instrument. 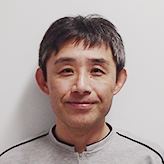