There are always some "peculiar folks" in any world. Some of them may be treated as troublemakers, but sometimes they may significantly contribute to the development of society. Such useful "peculiar" supernovae have been found in large numbers since the late 1990s when the practical use of eight to ten meter telescopes advanced. SN2005cz, a supernova found in an elliptical galaxy, is one of those.

According to the features of its initial spectrum, SN2005cz was first categorized as a core-collapse supernova (type Ib) originated from a host star that had lost its hydrogen envelope. It is difficult to understand, however, how a supernova from a short-life, massive host star appeared in an elliptical galaxy in which star formation activity finished nominally more than several billion years ago. In addition, this supernova showed the peculiar features of its maximum luminosity being low, and the luminosity itself quickly declining.

The supernova might not have attracted so much attention and just remained one of those peculiarities had observation finished at this early stage. However, there was certain evidence hidden in the spectrum that revealed what this supernova really was. The spectrum was taken by the Subaru Telescope during the nebular phase, six months after the explosion. The spectra showed unique features not recognized in other core-collapse supernovae: the emission lines of calcium appeared in great intensity while those of oxygen were in very low intensity.

Suppose that the host star could be one of the lightest ones of potential core-collapse massive supernovae, which initially has approximately ten times the mass of the Sun, and that its core explosion could be observed without any interference from its outer-layer hydrogen envelope existing prior to the explosion. That is to say, that the explosion could be seen in a situation where the hydrogen envelope has already been removed. If this is the case, all the various observed features could be explained. According to recent studies, the elliptical host galaxy would happen to experience a star formation activity several tens of millions years ago. This finding corresponds to the timing when a star with about ten times the mass of the Sun reaches the end of its life. Based upon the stellar mass function, the ratio of these kinds of "light" stars to core-collapse massive supernovae should be high. The larger the number of such stars is, the greater the influence there would be upon interstellar space. Further research developments regarding this, from both theoretical and observational perspectives, is expected.

Late stage spectroscopic observation in which the inner atmosphere of a supernova can be seen has become possible, and understanding about the evolution of heavy fixed stars has been greatly advanced. Generally, it is supposed that a core-collapse supernova from a parent star that has an initial mass of about ten times that of the Sun, is thought to be observed as type II which has a strong hydrogen line. However, type II has a drawback. Its thick outer-layer hydrogen envelope that exists prior to the explosion has polluted the information on the stellar evolution. At first glance, SN2005cz is a "peculiar" supernova. However, SN2005cz is actually invaluable in that it has provided pure information about the explosion without any pollution. 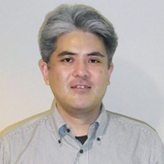 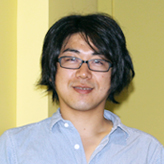