16Extremely Metal-Poor Stars - to what extent can we measure small amounts of elements?

Planetary nebulae are the celestial bodies formed by small-medium stars (approx. 0.5x-8x solar masses) in their final stages of life. The dying star first turns into a red giant, which then naturally releases its outer atmosphere, whereupon the radius of the remaining core shrinks and rapidly begins to change into a high temperature white dwarf star. This white dwarf star will emit powerful ultraviolet rays once its surface temperature reaches several tens of thousands of degrees. As a result, the previously released outer layers become ionized, and begin to radiate. This is a planetary nebula. Although they, for historical reasons have the word "planet" in their name, planetary nebulae are completely different from the planets within the Solar System.

Planetary nebulae are present in various locations within the Galaxy, and due to the emission lines, they are easy to detect. For this reason, these celestial bodies are gaining attention as a form of “probe,” since by detecting planetary nebulae in the Galaxy we are able to obtain information about the chemical composition at those locations.

The spectra of these Galactic halo planetary nebulae show an absence of the heavy-element characteristics of old stars. They have been found to have contradicting characteristics, for example, some composition ratios of certain elements including carbon are large compared with that of other elements, something that cannot be explained unless these planetary nebulae follow the evolution model of stars predicted to be younger.

Although it is unclear exactly how these inconsistencies can be explained, It can then be theorized that the parent stars of these planetary nebulae from which they were born were binary stars, and that mass was transferred between those parent stars’ and their companion stars. By performing research on astronomical objects such as these, in combination with further explanation of the chemical composition of the early ages of the Galaxy, we expect that we can learn more about how our own Sun will develop and die.

Column： “To what extent can we measure small amounts of elements?”

There is another puzzling aspect to planetary nebulae, namely, the indeterminacy of the distance and the mass (age) of their parent stars. The form of the ionized gas clouds is rich in variety, ranging from bipolar to nearly spherical symmetry, making them all the more difficult to understand. However, in recent years, by means of large telescopes, planetary nebulae have been detected in other galaxies, including the Andromeda Galaxy and the Magellanic Clouds close to our Galaxy, as well as the more distant Virgo Cluster, enabling us to create detailed maps. We expect to be able to further investigate the details of planetary nebulae in nearby galaxies through equipment such as the Optical Prime Focus Multi-Object Spectrograph being considered for the Subaru Telescope, as well as the (next-generation) extremely large 30-meter-class telescopes. If we are able to deal with these as samples with fixed distances, we can clearly identify the kind of places galaxies may exist. By simultaneously using planetary nebulae and conducting precise investigations about nearby galaxies, we expect to deepen our understanding of the planetary nebulae of our Galaxy that have been investigated so far. 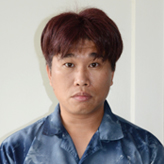