07Spectra of the Solar Corona

To observe the corona surrounding the Sun, we have to wait for an opportunity to view a total solar eclipse when the Moon fully blocks the solar disk. In visible light, the bright solar surface hampers observation of the faint corona.

The observational satellite Hinode's onboard instrument, called Extreme-ultraviolet Imaging Spectrometer (EIS), was designed for obtaining spectra of the solar corona. The extreme-ultraviolet is a wavelength range of the shorter wavelength region of ultraviolet radiation. We can find many spectral lines radiating from high temperature (higher than one million Kelvin) plasma.

Image 1: A part of the extreme-ultraviolet spectrum obtained by the EIS installed on Hinode. Many emission lines caused by ionized iron are visible. For example, "Fe X" means an iron ion removed nine electrons from a neutral iron atom. Combining ratios between other iron charge states yields the temperature of the corona. In addition, analyzing the wavelength shift of emission lines, we will derive the corona's motion velocity.

Column: Is the corona's temperature one million Kelvin? 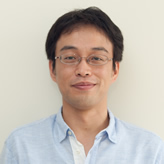